Is There a Future for MP3?

The MP3 file format is not the first compression technology used to store audio or music but it is certainly the definitive standard used to describe if not necessarily to implement how modern users obtain their favourite collections of music and listen to them whenever they feel the need.  Its significant improvement over previous audio encoding standards and the advent of Internet access for the masses from 1994 onward rapidly lead to MP3 files becoming the format of choice for listening to music on your computer and in later years even on the go. 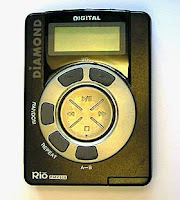 By providing a convenient way for computer uses to store and listen to their music by ‘ripping’ or compressing Audio CD tracks to MP3 files and playing them back through their computer’s speakers MP3 found its way into the hearts of music lovers who only needed to be a bit tech savvy.  As well as saving on the space that your music collection occupied on those puny hard drives of the day, MP3 also provided a way to share MP3 based music over the slow modem Internet connections available at the time.  The reduced file size lead to faster download times of music files which could be obtained more and more easily either legitimately or illegally over the Internet.

With the advent of portable music players MP3 files also became the new way to listen to your music any time anywhere.  However, when Apple came on the scene with their iconic iPod player they also introduced a can of worms.  As well as being able to play the now popular MP3 file format, Apple iPod devices could play a ‘protected’ version of a newer AAC file format.  This was the format that users were often forced to use when purchasing music from the iTunes Store with its files apparently protected from indiscriminate copying or sharing with a digital rights management (DRM) coating around the compressed AAC audio information.  This then restricted which devices and computers could be used to playback the music.  So at one stage the superior AAC encoding quality and the perceived ability to protect copyright holders from the associated loss in revenue through pirating together with the iPod and iTunes Store adoption looked like the writing was on the wall for the MP3 file format.

Eventually Apple and the record labels realised that DRM was more of a nuisance to legitimate customers than to illegal file sharers who always seemed to find ways to circumvent the restrictions applied and from 2007 to 2009 Steve Jobs managed to persuade all four major record companies to abandon DRM in favour of unprotected AAC downloads.  During this period there was somewhat a shift from protected DRM purchases back to the MP3 file format which has no ability to protect its content.  By then MP3 also established another ally, the LAME encoder.  By making a free MP3 encoder available to all, based on years of user trials and enthusiastic development efforts, the LAME encoder managed to make impressive improvements in the potential quality of MP3 recordings.

So will the current popularity of the MP3 file format with the help of the free LAME encoder be enough to hold back the competition from AAC or other more modern formats such as Ogg Vorbis?  Does the MP3 format even deserve to keep its place as the de facto standard for portable music and audio?

Stay tuned to this blog for my personal conclusion on whether MP3 has any future in the ever changing horizon of this technological world.

Peter Cheeseman
Author of of mp3TrueEdit™
(The fast and easy way to edit MP3 Files)
www.ithinkapps.com