Is There a Future for MP3? - A Personal Conclusion. 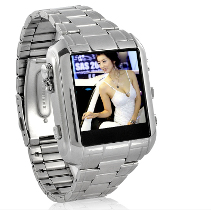 If you look at the battle for prominence in the portable music format arena then there are currently two main contenders for the format leader. One would be the middle aged but well established MP3 format. The other format AAC is now in its prime, still not well recognised but gaining in popularity. So why has the superior format not overtaken the older MP3 standard in popularity and recognition?  Well possibly the main reason that MP3 has continued to hold its ground is that the main purpose for having a compressed format, i.e. overcoming memory limitations, has become less of a problem as memory costs have reduced and memory sizes for devices and memory cards has increased. The roll on effect is that even though AAC is more efficient in its space usage, this advantage is less important when a moderate increase in bitrate (the amount of memory used to compress audio) is used for creating MP3 files. The competitive advantage of using the AAC format is then much less than one might first think. So the dramatic and on-going reductions in memory prices can effectively reduce the technical benefits of one format over another, leaving users to decide on their preferred audio format based on other factors.

Possibly the single most important factor in a user’s decision on what format to use for a music collection is the default setting of the computer that is used to download or rip music. On Apple computers, the popular iTunes media player will by default use AAC to rip or convert audio CDs to a compressed portable music player format but it can also use MP3 or other formats. Windows users will by default be offered WMA but can also select MP3. So if the default computer software settings have not already decided for them, most uses will probably not be aware of the technical advantages of using AAC or other formats such as WMA even Ogg Vorbis and may well opt for the more familiar MP3 format. And if they choose a bitrate that matches their listening requirements then personally I don't think that would be too bad a decision given that it would maximise the potential number of devices that it could be played on. However, if they are a keen Apple hardware fan then the default AAC format offered to them would also be a good choice. So does it make a real difference if one uses MP3 or AAC?

If music streaming sites such as Spotify or Pandora or even new Apple or Microsoft offerings become more popular, then having access to the music or audio they love may well become more important in people's eyes than actually owning it on CD/MP3 or any physical media. If this eventually becomes the case then the protected audio format as mandated by a streaming music company would remove any complex encoder decisions from end users. So in the long term with 4G or even future 5G connectivity and ever cheaper and more powerful devices becoming available, people may consider that having access to their favourite tunes on their phone or connected device is all that they want or need.  That may seem strange to people who love to own a physical copy of their music on uncompressed CDs but if streaming services become more popular and with that cheaper, then this may well become the accepted norm.

However, within the next five years there is also another factor that could add to the longevity of the MP3 format. It looks like in April 2017 the MP3 format technology will eventually become patent free. Combining this with a projection for the power, miniaturisation and reduced cost of hardware devices for the same date, it looks like there could be a new explosion of audio recording devices that are almost throw-away. One could envision a small decorative tie clip or broach that is also a fully functioning MP3 recorder. Cheap watches or ball point pens could also double as MP3 recorders. Even clothes buttons could perform this double act leaving one to think who could be recording what. However, the possibilities for improved notes and minutes in business, or recording every creative idea and thought or even shopping and to-do lists are immense.

So to conclude, I think there is still a long future for MP3 and this is not just for playing back existing recordings. The possibility of future novel and inexpensive MP3 recording devices is exciting and would also extend the life of the format. However, I also think that AAC will continue to grow in popularity and recognition, even outside the Apple world, eventually making it the format of choice for informed users.

So until next time, happy listening and remember in the end it is all about the music and not the technology behind it.

Peter Cheeseman
Author of of mp3TrueEdit™
(The fast and easy way to edit MP3 Files)
www.ithinkapps.com
Posted by iThinkApps.com at 22:31